Having now sought out prison museums, exhibitions, attractions and repurposed prison architecture in a number of cities around the world, I’ve come to the tentative conclusion that it’s possible to find some monument, museum or ruin dedicated to a former prison, camp or dungeon in most places – although some require looking a bit harder, obviously.

Cities boasting a ‘rich’ medieval heritage and earlier and/or a legacy of 18th-20th century colonial power and nation-state building possess multiple sites and memorials dedicated to the prison or dungeon. Sometimes the narratives presented are at odds with one another depending on whether locking people up in that specific space was part of continuous history of a regime now rejected, remembered or denied/glossed over as a moment of ‘terror’ to be bracketed out from the economic and social development of the population.

The aim of my blog has always been less about reproducing the different narratives presented in such spaces than about mapping the prison as cultural artefact, entertainment and ideology onto the landscape – the prisonscape as something that extends beyond the exceptional spaces of functioning and defunct prisons. York is an important case in point. It is possible to see imprisonment woven into the different layers of history presented by the city today as part of an intense tourist-focused infrastructure which incorporates narratives from the Romans and Vikings to the Plantagenets and onto the 19th century. I had flagged up 4 sites to look at during my visit in June 2016:

Time limits (not unimportant in thinking about the spatio-temporal demands of the prison museum) meant I only visited the museum and dungeon.

Located in the grounds of the original York Castle and overlooked by Clifford’s Tower, York Castle Museum is located in the former Debtor’s Prison (1705) and adjoining Women’s Prison (1780). The buildings form 3-sides of a square together with the Courthouse (1777) which still operates as York Crown Court today and contains its own cells. A third prison was built in 1835 next to Clifford’s Tower but no longer exists. Here we now find a carpark and merry go round. The castle became a military prison in 1900. Two points about the reuse of the space as miniature themepark and part of the war machine of the early 20th century that bear further consideration.

The multiple histories of imprisonment as well as the different exhibitions both temporary and permanent now housed in the debtor’s and women’s prison buildings whilst the courthouse retains a closer relationship with its original function attests to a complex intertwining of carceral and other histories. After all, (cf. Foucault) a history of prison is the history of the present.

Throughout the museum the architecture functioned as a reminder of the building’s original function regardless of the specific exhibition. As such the prison is validated through the continued utility of its space.

A toy museum is presented alongside reconstructed living spaces from different eras. It is interesting to juxtapose the history of toys and play with that of punishment, prison and torture as two seemingly opposite poles of attraction often framing museums focused on social history. It is important to think more about the way in which children are engaged within the museum space and the assumptions being made about how such engagement can and should be achieved and the different forms of ideological complexity demanded here. Groups of school children were funnelled through the museum at an impressive pace almost like a production line reactivating the mass production and disciplinary techniques whose histories are commemorated by the museum. 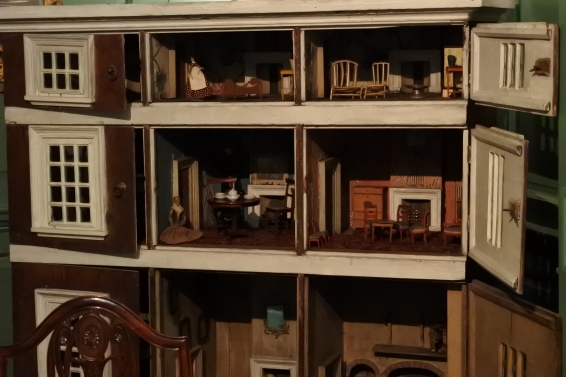 Like the Conciergerie in Paris, the gift shop (and here also the cafe) are located at the intersection of the two buildings, meaning that it is necessary to walk through the shop on the way to the debtor’s prison which now houses the prison museum alongside temporary exhibitions on the Sixties and the First World War. Such a layout is perhaps the most pragmatic use of the space but also seems to disrupt the continuity between the two spaces, inserting the opportunity to purchase souvenirs (and a lot of sweets) before one has even seen half of the museum and its exhibits let alone reflect on these. The chaos of the space which results from its open plan layout and function as the access route goes further in blurring the lines between present day consumerism with the historical consumer-culture on display (the reconstructed Victorian street, shops and displays of toys) not least in the extensive range of artisanal, ye olde fudge and other sugar-related paraphenalia. There is a certain irony here in a 21st century culture of credit card debt, online gambling and student loans that a former debtor’s prison is now dedicated to a history of consumerism marketed directly to children with very little discussion or debate around the relationship between crime, poverty and wider social structures and class hierarchies.

This is the tagline for the prison museum which takes up the lower floor of the former debtor’s prison. It is a fairly limited space given the overall size of York Castle Museum which combines both the Women’s and Debtor’s prisons.

So why not 1,000 Years of Imprisonment as a tagline? Would this not be more accurate? Obviously the ‘1,000 Years’ bit is the selling point emphasizing the role of the space which since William the Conqueror has included some form of prison. But ‘Justice’? This seems particularly suspect and reductive given the prison housed children and families due to debt not simply ‘criminal’ activity. It also reproduces the Victorian alignment of morality and financial well-being since it is essentially poverty that is being punished here.

It is also a tagline which seems at odds with other aspects of the museum’s curation. On entering an empty cell a projection of an actor or actress playing a former inmate is activated on the cell wall – this is a technique often used in prison museums (Cf. Old Melbourne Gaol) since it allows a form of ‘ghostly’ storytelling and plays into notions of the prison as ‘haunted’ space. 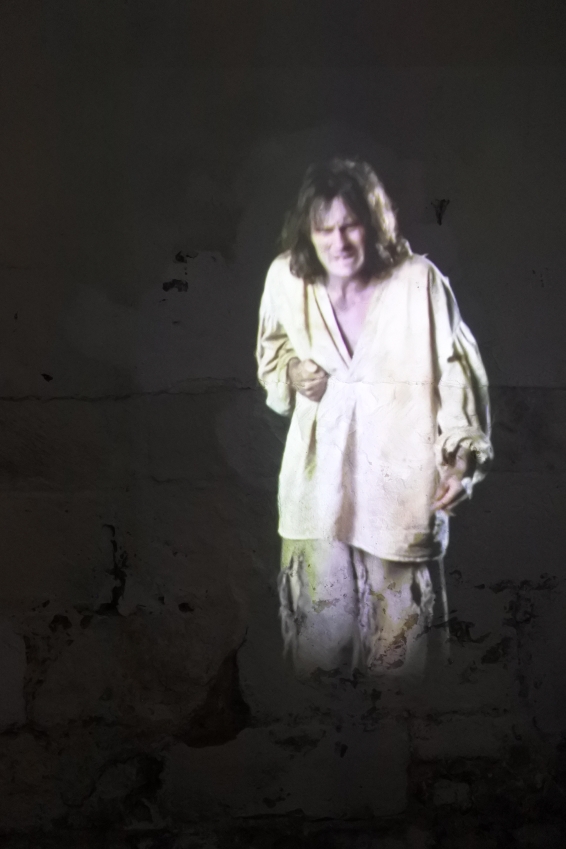 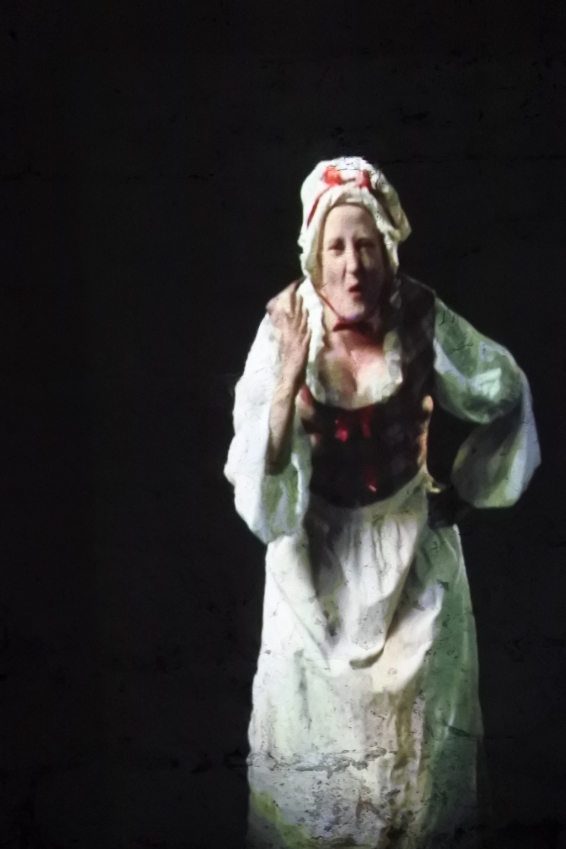 The inmate recounts his or her own story – the intention being, I assume, to humanize the space and encourage better understanding of the harsh conditions of the Victorian prison. The projections work like apparitions, ghosts conjured up, unable to find rest or peace in this space of neglect and brutality. As such they seem to violently contest the statement ‘1,000 Years of Justice’.

There are, of course, variations here – Dick Turpin, the legendary highwayman who laments the injustices of being tried outside of Essex emphasizing, more than anything, the postcode lottery of law and order…

Yet, the fetish of criminal celebrity aside, it is actually quite difficult to focus on the projected narratives when the museum is busy. The relatively open structure of the cells means that each projected story must compete with those being activated in other cells along with the noise of school children and other visitors moving in and out of the cells. Because it is hard to concentrate, visitors tend to give up (I did) creating more movement, noise and disruption. Ironically, this probably creates the best impression of what a debtor’s prison was like – not the monastic, disciplined space of reflcetion and remorse associated with penal theories and architectures of the period but a cacophonous chaotic space where individuals and families compete for resources and attention.

Of all the spaces, I’ve visited so far, it is this affective experience (more than being shut in a cell with the lights turned off, for example) that seems to come closest to that of a live, working prison yet

again, not without irony, it is precisely this set of competing voices that precludes sustained concentration and reflection on the personal experiences of individual inmates. The space of the museum drowns out and effectively silences the voices of those held within it no less that it did as a prison. And this brings me back, once again, to the bigger question as to how far the prison museum, exhibition or tour can show us anything meaningful about prison life and the social function of incarceration. Unless, of course, we limit our understanding of meaningful to an unquestioning acceptance of prison in one form or another within contemporary society.

Genealogies of the Prison

The route visitors are obliged to follow starts at the women’s prison which begins with a timeline of the site’s history within a more general history of punishment. 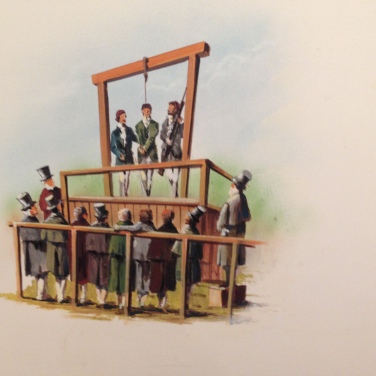 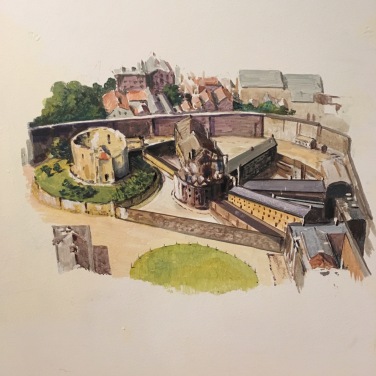 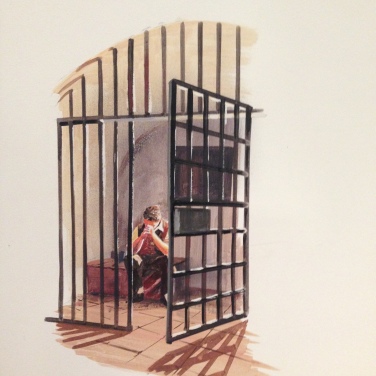 Inside the prison museum itself, visitors are invited, compelled even, to research their family’s criminal history via a database of those imprisoned and tried within York’s justice system.

Here, criminality is fetishised as belonging to a dark, transgressive family past, one which visitors are required to discover as part of a commitment to ‘the truth and nothing but the truth’ – another tagline featured throughout the museum as well as on its souvenir pencils.

Again, this vision of crime as dangerous and exciting and thus meriting of imprisonment and other forms of punishment is no doubt at odds with the majority of the names in the database – people who spent time in prison for debt or who were deported for petty theft. It is also uncomfortably close to the searchable sex offenders registers and databases found in the U.S. as part of prison museums and tours which encourage a witch-hunt mentality and blanket condemnation regardless of the specific offence. However, here the invitation to search for criminality is turned back onto the visitor, implying that every family has a dark past but one which cannot be ignored or denied but actively sought out. It is this politics of fear, guilt and shame which continues to legitimise the prison, perpetually pitting those outside it against those held within it via the constant implication or threat of ending up there oneself. The 21st century online database with user-friendly interface is an updated version of the classifying techniques associated with 18th and 19th century discipline and punishment and the categorisation of deviant, criminal and docile bodies along a sliding scale of innocence and guilt.