The Galleries of Justice, Nottingham
March 2015

‘But, in this scene of terror, the role of the people was an ambiguous one. People were summoned as spectators: they were assembled to observe public exhibitions and amendes honorable; pillories, gallows and scaffolds were erected in public squares or by the roadside; sometimes the corpses of the executed persons were displayed for several days near the scenes of their crimes.’ (Michel Foucault, Discipline and Punish, 1977 [1975])

This is the first of what I anticipate to be a series of posts on the Galleries of Justice in Nottingham.

I’ve started to try and identify a single image or object which provides a key to understanding a particular carceral site or prison museum. This is often quite tricky since I want to highlight a certain penal ‘aesthetic’ appearing in all or many of the sites but also pick out things which legitimise the role of incarceration within a particular time and place. It is even harder in extensive museums like the Galleries of Justice. The labyrinthine layout of the galleries with its multiple levels and exhibitions allows for an archeology of the British penal system which draws on the spectacle of dungeon and torture (cf. the Clink) via the local folklore of Robin Hood and the Sheriff of Nottingham alongside more contemporary debates on crime and punishment. The effect is overwhelming and the main impression with which one exits the galleries is that prison is ubiquitous.

There was nevertheless one image amongst the multiple narratives and layers of history which seemed to encapsulate a important aspect of penal tourism.

Writing of the panopticon model in Discipline and Punish, Michel Foucault comments on the role and identity of those called in to observe the inmate:

‘[…]it does not matter what motive animates him: the curiosity of the indiscreet, the malice of a child, the thirst for knowledge of a philosopher who wishes to visit this museum of human nature, or the perversity of those who take pleasure in spying and punishing. The more numerous those anonymous and temporary observers are, the greater the risk of the inmate of being surprised and the greater his anxious awareness of being observed.’ 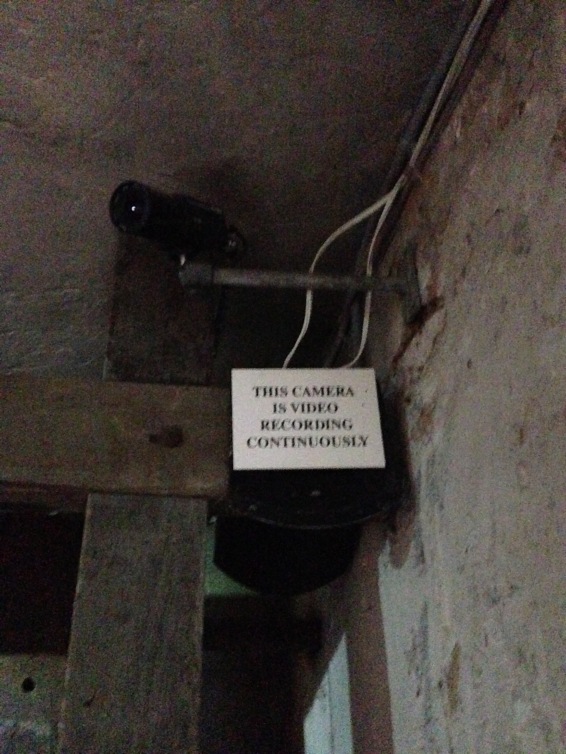 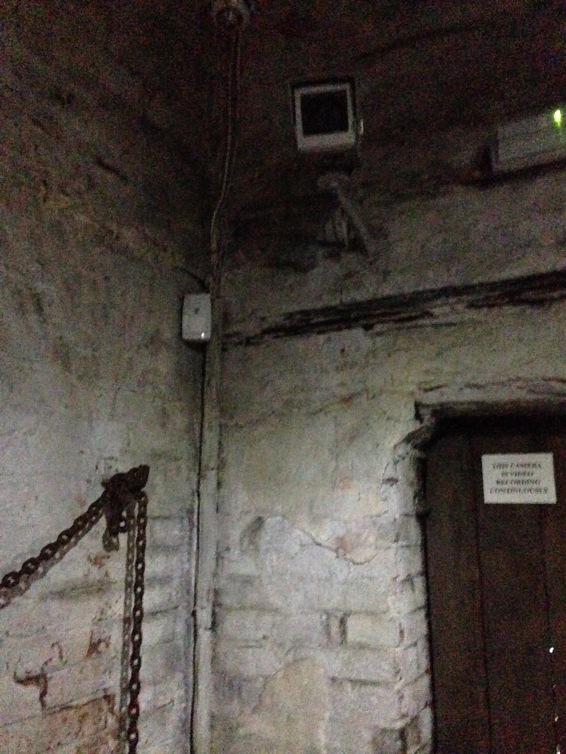 Where Foucault charts the shift from forms of punishment based on spectacle to those organised around constant surveillance a complex reversal seems to have taken place which invites the museum visitor to participate once again in the theatrics of torture and execution. At the same time, the visitor becomes the object of surveillance not only via the cctv which monitors unmanned exhibition rooms but through surveys, questionnaires, gift aid donations and gift shop purchasing choices.